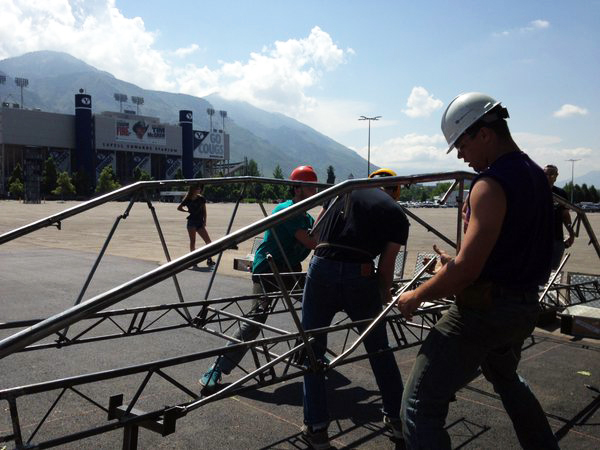 Sponsored by the American Institute of Steel Construction and American Society of Civil Engineers, the competition offers a student-driven project experience from conception and design through fabrication, assembly, and testing, culminating in a steel structure that meets client specifications and optimizes performance and economy. Teams are judged on construction speed, bridge weight, stiffness, lateral integrity, and aesthetics.

The students spent nine months designing and fabricating all 61 parts of their bridge. A dimensional penalty of less than 1/8” was the difference between Lafayette’s fourth place finish and first place. 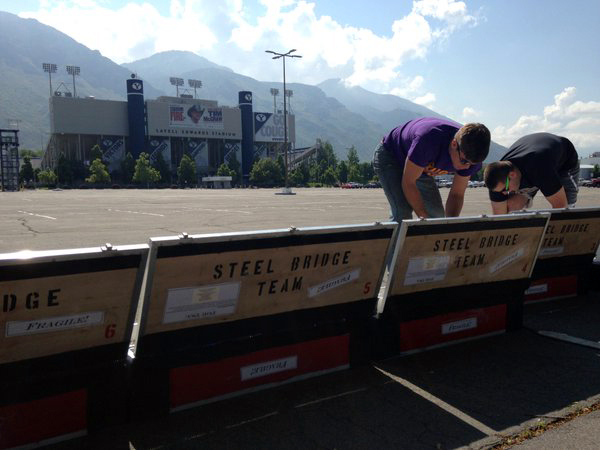 The team begins the design process each year in August with discussions of the new rules. The team then conducts hundreds of analytical studies in order to inform the ever-evolving design strategy. As a milestone, the team fabricates a fall semester bridge that is entered into the annual CE311 Bridge Competition, the intramural version of the national competition, which has been an integral part of Lafayette’s civil engineering curriculum since 2003. From this learning experience, the final bridge is redesigned with fabrication commencing in February.